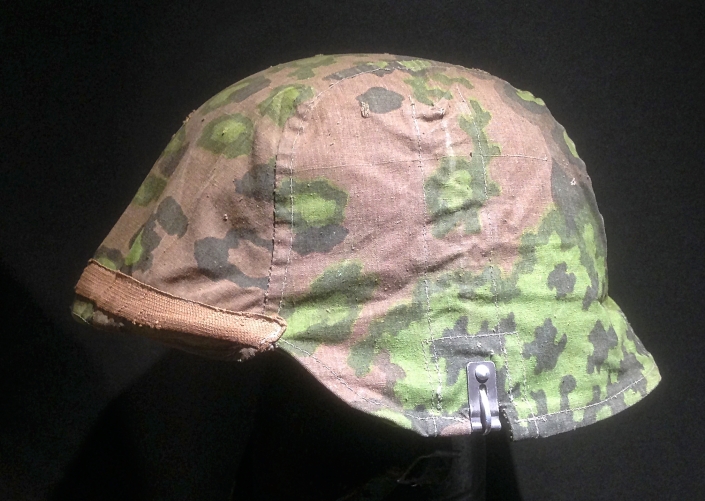 The M35 helmet was the original design of German helmet used by the Germany Army in the early stages of the Second World War and one that while it had later designations such as the M1940 and there were later variants such as the M1942, it was the design of helmet that we most directly associate with the German Armed forces in WW2.

I photographed this example in the superb La Gleize December 44 Museum which has a huge amount of WW2 material with even a King Tiger parked outside which was part of Kampfgruppe Peiper. The helmet cover shows the typical camouflage used in the autumn of 1944 and hopefully offers some good guidelines for painting this onto model soldiers.

The example below, from the 101st Airborne Museum in Bastogne, shows a more simpler version with some camo visible but basic green cloth being used. 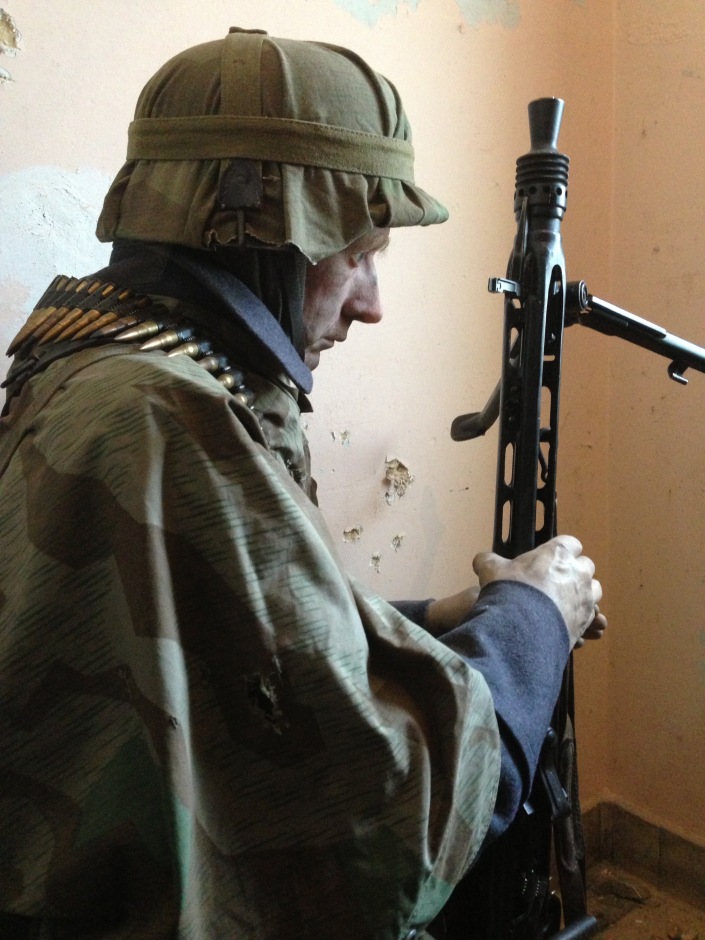 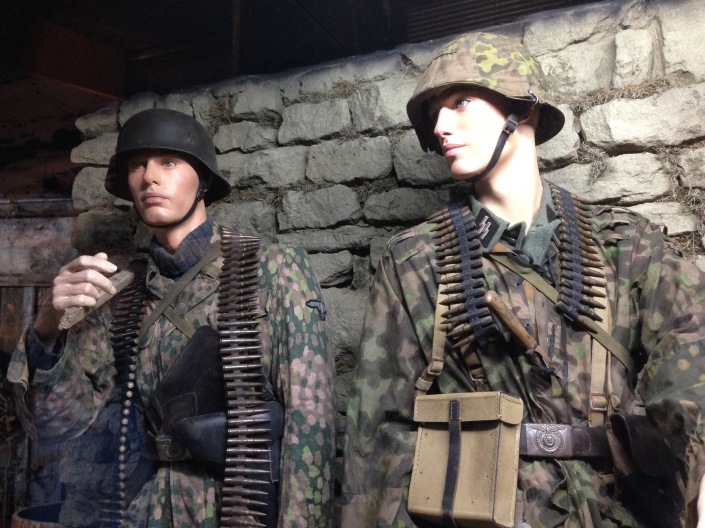 As part of my work life I get to visit a lot of Second World War museums, and always use these visits as a chance to build up an image archive showing uniforms, equipment and camouflage patterns, all very useful when painting figures. It struck me that a potentially useful part of this blog could be some photos from these trips showing the sort of things that could be useful to wargamers. So starting this weekend, I will begin some posts that should be useful to not only those who paint 15mm figures and tanks like me, but the larger scales too.